The MagPi magazine has posted the e-book Learn to Code with Scratch . The e-book describes how to make simple games and applications on the Raspberry Pi. Scratch is a visual programming language developed at MIT to teach kids how to code. There is a web version of Scratch on the website too. I just learned that the Arduino 101 is sensitive to intense light. Bright light interferes with the power load switch and causes voltage dropouts. For more information, see Gerrit Coetzee blog on the subject. 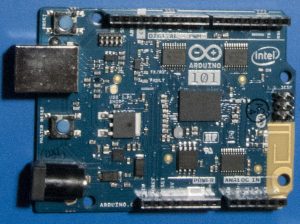 I had a lot of fun at Maker Faire 2015 in Queens, NY  this year. There were more large corporate sponsors this year. Intel, Google, and Microsoft all had their own large tents setup. Google showed some boards used to develop Android Wear software. Intel showed Edison development boards that were compatible with Arduino and Seeed sensor kits. Microsoft demonstrated Windows 10 Internet of Things running on a Raspberry Pi 2. Arduino showed some new single board computers. Seeed had numerous interesting electronics kits for the BreagleBone Green, and showed Open Source phone hardware. The Google Aria project might take notice of this hardware. It’s minimal but easy to hack. There were a lot of 3D printers and drones at the Faire too. Check out my slide show for some photos of some of these items and more.

There were a lot of talks on the center stage and I was only able to see two of them. I hope that Maker Faire will stream them soon.

Wolfram has posed a pretty cool web based fluid simulator. Wolfram’s blog describes how they visualized the fluid flow simulation. The source is available on GitHub.

A reader request a copy of my Adafruit 2.8 in Sketch Up 8 Model so I’m posting it here. It’s a very basic model with just essential components models as block in key locations. I needed to interpret dimension on the board layout and the datasheet for the display panel to make this module. The model turned out to approximate the actual PiTFT fairly well for my application so please check that it fits in all the right places for your application. Also, if you make it better, please post the updates.

I’m trying to make a case for my Raspberry Pi (RPi) with an Adafruit PiTFT 2.8 inch display and was modeling it in Sketchup 8.  I made a simple model of the PiTFT display and then started looking for some 3D Sketchup8 models of the RPi Model B with 512MB of memory from the Sketchup 3D Warehouse to save some time. Connectors between the RPi and the PiTFT display did not fit quite right. A few measurements showed that some of the parts and boards were the wrong size.  My list of models investigated so far is shown below.

Jasper is an open source program that provides voice control to applications. It’s available for the Raspberry Pi now.

This graphene FET toy physics model is primarily based on the graphene physics described in the paper Electronic transport in two dimensional graphene by S. D. Sarma et. al. and from materials properties data found in a number of sources (see the Description tab for the details). I’d appreciate any comments on errors, problems, inaccuracies, or how to make this model better.

The Performance Table tab shows a summary of the graphene FET performance based on the selected values on the IV Model tab.

The Materials Properties Tab shows the dielectric constant, breakdown voltage, and optical phonon energy for each gate dielectric that can be selected in the IV Model tab. 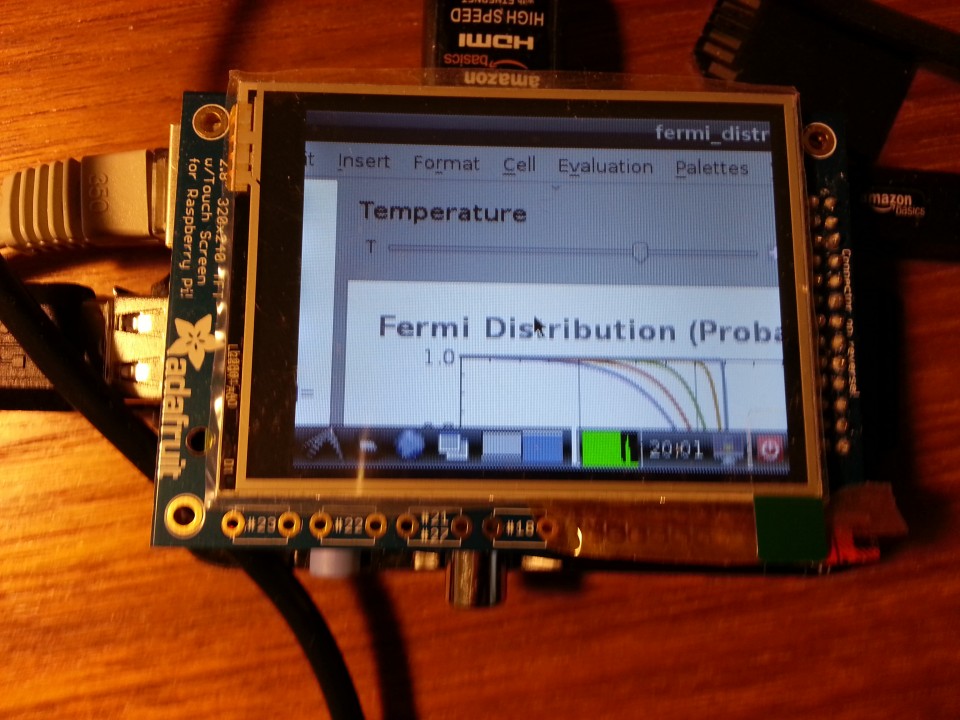